Skip to content
Posted by Tom Farnan on November 13, 2014 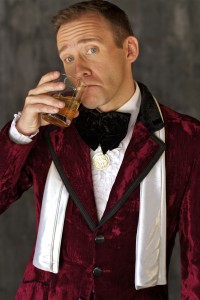 The big drinking season is upon us and Lounge Legend Velvet Tom has seen the inside and out, the upside and down of the bar scene. He has spent eons, lubricating his liver with every toxin from the Top Shelf, to the Well, to even some unknown liquids found on the barroom floor. VT is here to guide you thru the murky martini laden world of drinking in public. The smart decisions you make now, could lead to the poor decisions she’ll make with you at the end of the night!

What guy doesn’t like beer? Beer is simple. It has a wide variety. It comes in it’s own individual container and it’s cheap. But be careful though. That lovely woman you keep eyein’ sees you nursing that bottle swaddled in a cocktail napkin. “If that bottle of beer is all he can afford, then he can’t afford me!” So if you must drink that Bud Light Lime, glass it up and class it up. Taking you from Fratboy to Beer Snob in no time. Show Amber, that pint of amber.

Are you a Bourbon swilling Don Draper or are you a ‘drink for all occasions’ Sam Axe? Either way, lock and load your choice of cheer before you walk through the doors of that hot new LA Club. Bartenders are busy people who can only give you a few seconds of attention. Why keep them waiting? Indecision can kill timing. Timing can kill everything. And you were just getting your night off to a good start. Don’t worry, that barkeep will be back in 20 minutes!

Listen up before ordering Grey Goose and Cranberry. Save your money, Jack! Most bar Cranberry juice is nothing more than flavored sugar water sprayed from a gun. Mixing it with a premium alcohol is a waste of money and good booze. Your date doesn’t know what she’s talking about when she says the “good stuff” gives you less of a hangover. It’s booze! The liquor-to-sugar combo is a sure headache inducer no matter what the brand. She won’t know the difference and now you can afford other things, like a tip.

Say ‘Naw’ to the Straw

Lose the straw in your drink, unless of course, your jaw is wired shut. It’s for stirring only. Drinking through a straw does not make you drunker, faster and why would you want that anyway? When you drink your vodka/soda from a straw, it looks exactly what you think it looks like. It’s not your Mom’s teat, it’s not an applicator for a rodents water bottle. I’ll barely give it a pass, when you’re drinking from that his/her milkshake. Save the sucking for later.

I have nothing against that lime garnish, but it doesn’t need to float around in your G&T. Most fruit isn’t properly washed and still has pesticides on the skin. Disgusting, I know but very true. Squeeze the juice and ditch the wedge.  If you’re one of these guys who thinks “Hey, whatever doesn’t kill me makes me stronger”, you probably also believe the sliders you devoured in front of your date, will prevent the hangover that you are most certainly on your way to having.